User registration is disabled in this demo.

Multinational companies, looking to invest in Panama. After confirming the news of last Monday, October 23, 2017. Where it is established that Panama will expand this year the figure of the list of multinationals hosted by the Law of Multinational Company Headquarters (SEM) to 143. Five Multinationals new companies chose this geographical point, for the benefits offered by the country and strategic connectivity.

Such as recognized American Visa companies; Inc. and McKinsey & Company, Inc., with international offices throughout Europe and soon to invest in Panama; in addition to Panalpina World Transport LTD., headquartered in Switzerland, Hankook Tire Co., Ltd., of South Korea and one of the main international companies of train manufacturer CRRC Corporation Limited, from Republic of China.

Confirmed by the Ministry of Commerce and Industries (MICI), the economic impact due to the establishment of these multinational companies in the region of the country, will be more than $ 3 million investment, and new jobs during the first year of the operational period.

According to the Minister of the MICI, Augusto Arosemena. The confidence of foreign investors in Panama is being resumed again, with the arrival of the new SEM companies, adding 12 new companies to the list this year.

On the road to progress

The Deputy Minister of Foreign Trade, Néstor González, said that multinational companies keep an eye on the Republic of Panama, as an attraction to set their regional headquarters, due to the profitability that is offered (by the SEM Law), geographical position and connectivity.
Manifesting that with each of these companies that arrive in Panama, the country has an effect of increasing, since Panamanian workers are hired, contributing to the economic movement of the country at operational level and with the foreign personnel of each of them, having the objective of motivating them to share knowledge with the local workforce.

End of the year with good prognosis

By the end of this year, it has been confirmed to decree an approximate of 18 SEM companies. (12 confirmed at the moment, without announcing names by negotiation and confidentiality processes). Insured by Vice Minister González, these companies will be announced soon.

Law No. 41, known as the SEM Law, of August 24, 2007, indicates that multinationals may have the necessary trust personnel and their senior management executives to carry out their operational work in the Isthmus of Panama; noting that dependents wishing to work, may make changes in their immigration status, in addition to the benefits received by multinationals when establishing their headquarters in Panama, such as:

The fact to be the country that will host so many Headquarters. Put Panama in a good position to invest in it. You can also check our post about What makes Panama so special, to see more interesting facts about this gem country. 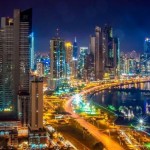 Multinational companies looking to Invest in...

What makes Panama so Special?

Live in Panama Living in Panama... 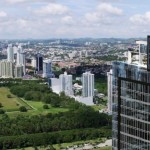 Urban projects: An excellent option as a new home!

Purchase, Sale and Rent of Properties... 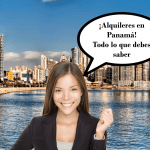 ¡Rentals in Panama! Tips you need to know

Purchase, Sale and Rent of Properties... 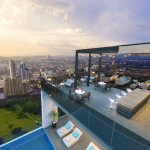 A PROJECT THAT WILL CHANGE YOUR LIFESTYLE!

EXPERIENCE ARCADIA! A tower of 46 levels...